The average person spends the vast amount of their time on their feet walking over 70,000 miles in their lifetime.

Many times foot pain is caused by wearing the wrong shoes or shoes that are not properly fitted.

Over 20 million people in the United States have diabetes with 1.3 million over the age of 20 diagnosed each year.

Nothing speaks louder than a personal experience. The best person to tell you the benefits of NPS services and care are the patients who have had the NPS experience.

NPS is here to help you with your foot pain. Our goal is to get you back to being your best!

Our staff is expertly trained in shoe sizing, selection and fitting. You won’t leave our office in shoes that don’t fit perfectly.

NPS provides compression stockings to help with swelling and improve circulation in the lower legs.

Conditions of the Foot & Treatment

There are over 30 million people in the U.S. today living with diabetes. While many side effects are well-known, such as eye and kidney problems, others don’t receive nearly the attention they deserve. One of these is the negative impact diabetes can have on foot health.

Diabetes is the leading cause of peripheral neuropathy which can lead to a loss of feeling in the feet. Without good sensation in the feet, it is easy for people with neuropathy to develop sores due to ill-fitting shoes without even knowing it. It is these sores – or ulcers – that can become infected and lead to foot amputations. Diabetes is also the leading cause of non-traumatic foot amputations in the U.S. each year.

Properly fitting footwear – including shoe inserts – is one of the best things a person with diabetes can do to protect their feet and prevent these sorts of complications. In fact, because this is so important, in 1993 Medicare began covering shoes and inserts for people with diabetes in an effort to reduce ulcers and amputations. Medicare allows beneficiaries to receive one pair of shoes and three pairs of inserts each calendar year.

When joints hurt the cause is often arthritis. Arthritis is inflammation in a joint. It can be caused by old injuries or it can be simply "wear-and-tear" arthritis. Some arthritic conditions are systemic like rheumatoid or psoriatic arthritis and the joint destruction can be significant.

Shoe with good support and extra cushioning in the soles are recommended for people with arthritis in their feet and ankles. Custom inserts (foot orthoses) can be quite effective to provide additional shock absorption and cushioning. Sometimes bracing is required if the arthritis is present in the hindfoot and/or ankle. In a nutshell, arthritic joints are painful when they move…if you can splint or support the joint to restrict motion, the pain is relieved.

One of the most common causes of heel pain is plantar fasciitis.

The plantar fascia is a soft tissue structure that covers the bottom of your foot and maintains your arch shape. When it becomes inflamed, it is often painful where it attaches to the bottom of your heel bone. Classic symptoms include "start-up" pain in the heel where the first few steps out of bed in the morning or after sitting at rest for few hours. The pain typically subsides after several steps, but then by the end of the day, the nagging pain is back and hurts with every step. Often, people experiencing plantar fasciitis find it painful to walk barefoot on hard surfaces. It is thought that the condition is often linked to a tight Achilles tendon.

Over the years, NPS and our practitioners have helped thousands of athletes recover from foot injures and prevent others. We have worked with everyone from professional NFL, MLB, NBA, PGA and NFL teams and athletes to elite college and high school athletes. Of course, a great many of our sports injury patients are recreational athletes and weekend warriors. We work closely with physicians, physical therapists and athletic trainers to develop and implement individual treatment plans for an individual athlete’s specific needs. Most commonly, pedorthic treatment consists of custom foot orthoses and custom bracing.

Most of these can be treated effectively with well-fitting shoes that provide cushion and shock absorption. Sometimes a shoe modification like a rocker sole is used to reduce pressure under the ball of the foot. Most commonly, custom foot orthoses – or customized off-the-shelf inserts – are prescribed. The concept of the orthoses if to provide cushion and offloading for the affected area to relieve the pain. You may hear terms like "metatarsal pad", "metatarsal bar" and "offloading". These are all ways to redistribute pressure away from the ball of the foot to reduce pain and allow you to return to activity.

NPS no longer takes insurance, all payments are required in full at time of service. You will have to submit your own reimbursement to insurance (i.e. HSA).

Any item that is covered by Medicare (braces, diabetic shoes and inserts, etc.) will require a prescription. Most of the other services and devices NPS provides, will also require a doctor’s order; especially if you wish to submit the bill to your insurance for reimbursement.

In most cases, we will be happy to see you and perform an evaluation, but please be advised that we will most likely need you to present a prescription from your physician before we can actually provide you with a medical device. Exceptions would be retail shoes, socks, foot care aids and certain compression stockings and prefabricated arch supports.

Over 200 Doctors in the Milwaukee and Madison area have been referring their patients to NPS. For the past forty years NPS has been filling prescriptions provided by the medical community for their patients. NPS is by far the largest provider of pedorthic services in these two major markets.

Our clinical personnel are experienced certified professionals who are trained in treating your foot and ankle condition. They have been certified by the American Board for Certification in Orthotics, Prosthetics and Pedorthics (ABC).

NPS facilities are all fully accredited by the American Board of Certification in Orthotics, Prosthetics and Pedorthics (ABC).

The comprehensive certification exam that our certified pedorthists pass covers knowledge in the following areas:

NPS was founded in 1972 in West Bend, WI as Dennis’ Shoe Repair by Dennis and Beth Janisse. The shoe repair business grew and eventually became two family shoe stores with an emphasis on proper shoe selection, fit and comfort.

Before long, Dennis’ Shoes had earned such a good reputation that physicians across southeastern Wisconsin were recommending the store to their patients with painful foot conditions. Before long, both Dennis and Beth completed the process to become Board Certified Pedorthists and began filling prescriptions for special footwear, shoe modifications and custom foot orthoses.

In the late 1980’s, at the request of their referring physicians, The Pedorthic Center (as it was then known) moved to Milwaukee to better serve their ever-growing patient base. Before long, a second office was opened in South Milwaukee. The name was changed again to National Pedorthic Services once satellite locations were opened in Houston, TX, Chicago, IL and and Rochester, NY. The operation grew to eventually include offices in Madison, Fond du Lac and Green Bay, WI; Muncie and Indianapolis, IN, and St. Louis, MO.

In the 1990’s, through a partnership with P.W. Minor, NPS was heavily involved in providing pre-certification Pedorthic education utilizing a state-of-the-art education facility and hands-on lab in the Milwaukee corporate headquarters. For most of that decade, roughly half of all newly certified pedorthists had received their training from NPS. For the last thirty years, NPS practitioners have been active in the pedorthic community providing post-certification pedorthic and orthotic education and speaking at conferences and symposia around the world. NPS is, and always will be, committed to helping the greater pedorthic community.

Until 2020 NPS’ focus was and still is on professional care and personal attention in our Brookfield and Madison, WI offices. Helping people alleviate their foot pain and return to healthy, active, productive lives remains our top commitment.

In August 2020, Dr. Janisse went into private practice at his new location in West Bend. 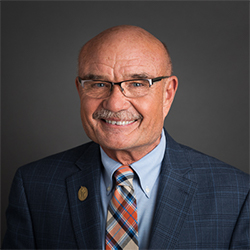 NPS carries a full line of over-the-counter foot care aids and helpful products. We have many items available to you to help with painful forefoot conditions like hammertoes and bunions as well as heel cups and gel heel pads to help with heel pain. We also carry night splints to help with plantar fasciitis. NPS also carries items like extended shoe horns and other donning aids.

NPS provides both custom and off-the-shelf foot orthoses. Both options are affordable and easy to use. We can make orthoses to help with almost any painful foot condition like plantar fasciitis, arthritis, tendinitis or metatarsalgia. Custom orthoses are also very useful in the prevention of diabetic foot complications. NPS provides many custom and prefabricated orthoses to help in the prevention of - and recovery from – sports and overuse foot injuries for anyone from weekend warriors to recreational athletes to professional sports players. Foot orthoses can also be effective in helping compensate for muscle weakness and neurologic deficits.

As ABC-certified practitioners, we must require a prescription or physician’s order if the foot orthoses will be used for treatment of a foot condition.

“Therapeutic Footwear” does not just mean shoes and inserts; it also includes hosiery. NPS carries many different styles of socks. We have diabetic socks which feature additional cushioning under the foot and no internal seams to rub on your feet. We have socks that are made from friction-reducing materials and socks that fit wide ankle comfortably without digging in and causing pain.

Properly fitting shoes are the foundation of all foot care treatment plans. Any brace or foot orthosis is only going to work as well the shoe in which it is used. We carry a wide array of shoe styles to accommodate any foot type and condition while still looking good! We understand that no one is interested in wearing their great grandmother’s “orthopedic” shoes. Today’s modern therapeutic footwear provides many style and color options that look as good as they feel.

Our staff is expertly trained in shoe sizing, selection and fitting. You won’t leave our office in shoes that don’t fit perfectly.

All consultations are by appointment only.
Please call ahead!

Dennis J. Janisse, C.Ped. founded National Pedorthic Services in 1972 and has been its president throughout the past 40+ years.

He was certified in pedorthics in 1984 after completing comprehensive pedorthic education at Northwestern University, Hansen's Disease Center in Carville Louisiana and the Orthopedic Shoe Technology Program at Ball State University. Today he divides his time between overseeing his business and serving the pedorthic profession.